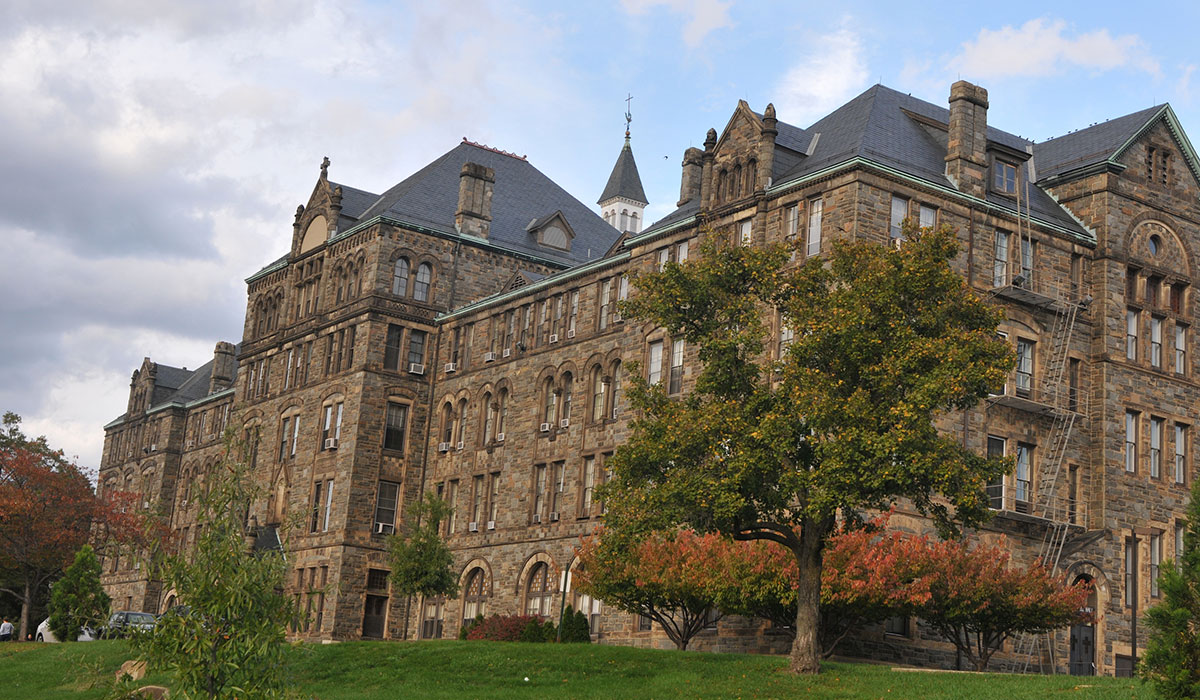 A National Center of Academic Research, Instruction, and Service

From its foundation The Catholic University of America has given academic priority to theology and religious studies and related disciplines.

After an extensive review of programs and structures, the Board of Trustees approved a recommendation by the Academic Senate to establish a new School of Religious Studies in September 1973. The School was composed of five departments: Biblical Studies, Canon Law, Church History, Religion and Religious Education, and Theology. In 2002, the Board of Trustees, after the recommendation of the Academic Senate, voted that Canon Law be reestablished as a School of Canon Law and that the remaining academic units of the School become programs in a School of Theology and Religious Studies. By thus coordinating existing units, The Catholic University of America established a School of Theology and Religious Studies as a national center of academic research, instruction, and service.

While our faculty have long taught undergraduate students, in 2014 we began matriculating undergraduate theology and religious studies majors directly into our School. We are now the only school in the nation where undergraduate students can receive a degree in theology from a Pontifical faculty. Students also have a set of general education requirements more deliberately tailored to support their major than was possible in the past.