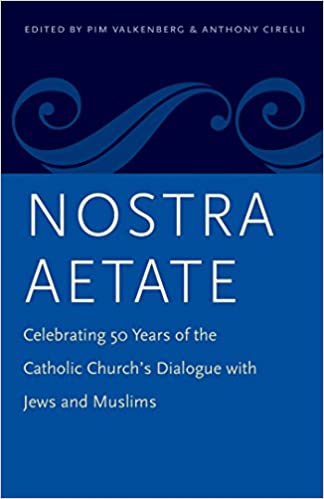 Nostra Aetate is the shortest of the sixteen documents promulgated by the Second Vatican Council. It is just five sections long. But the impact of those five paragraphs over the last five decades has been extraordinary. Fifty years after the promulgation of Nostra Aetate we must continue to examine closely the Church's relationship to other faiths.

The contents of this book originated in a conference at the Catholic University of America in May 2015. The essays and lectures contained within focus on the relationships of the Catholic Church with the other "Abrahamic" faiths, primarily Islam and Judaism. There is some discussion of the Asian religions as well. This volume, in structure, loosely follows the document Nostra Aetate itself. The first part of the book gives a broad view of the document and its importance. The following parts concentrates on the relationships between the Catholic Church and the Asian, Muslim and Jewish religions. The concluding section of the book surveys the reception Nostra Aetate received in various ecclesial and academic contexts.

The essays in this volume provide an opportunity to reflect with profound gratitude on the remarkable strides the Church has made in her dialogue with Muslims and Jews in the past fifty years. As we contemplate the fruits this dialogue has borne and consider the future of these conversations, we can say with the Pslamist "How good and pleasant it is when brothers dwell in unity!"