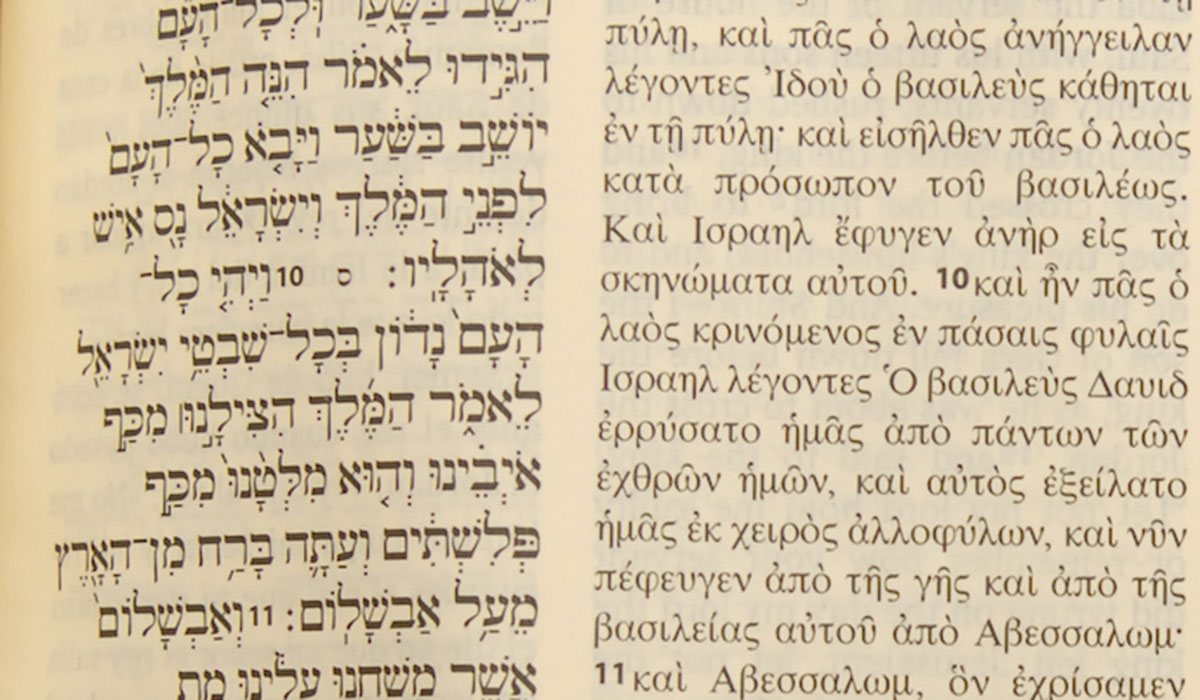 The Importance of Studying Biblical Languages

Engaging the ancient sacred Scriptures requires working with their original languages and learning their assumptions and associations through the use of concordances and other exegetical tools. Biblical interpretation begins with making sense of the language and seeing the various interpretive possibilities inherent in the passage.

You will study Hebrew and Greek with professors devoted to the study of language and linguistics. Hebrew classes are offered in the Department of Semitic and Egyptian Languages and Literatures (often referred to simply as “Semitics”) and Greek in the Department of Greek and Latin. These two departments in the School of Arts and Sciences provide the twin pillars of the linguistic requirements of the biblical studies program.  The Semitics department is located in the Garden Floor of the Mullen Library and houses the Semitics/ICOR (Institute of Christian Oriental Research). Collections Semitics has two seminar rooms: one where your Hebrew classes will meet surrounded by the major reference materials relevant to the study of the ancient Near East; the other a similar reference room where such classes as Syriac and Arabic meet. The library also has a Greek and Latin Seminar Room with reference materials and study space. Biblical seminars are held in another seminar room stocked with relevant reference materials.

You will be required to study at least one ancient language beyond Hebrew and Greek. The choice of languages depends on your research interests, and you should make this decision in consultation with faculty. Regularly scheduled language courses include Aramaic, Ugaritic, Akkadian, Syriac, Latin, Classical Arabic, Coptic, and Ethiopic. Middle Egyptian is offered through an arrangement with Johns Hopkins University, and Armenian is available on request. Consult the websites for the Departments of Semitics and Greek and Latin for an indication of the possibilities. If you are interested in New Testament, the Center for Early Christian Studies can help you connect with other students and faculty interested in early Christianity. If your research interests involve reception history or medieval manuscripts, you may wish to become involved with the Center for Medieval and Byzantine Studies.  Catholic University is also home to the Catholic Biblical Association.

The extraordinary range of available languages taught at Catholic University creates exciting opportunities not available at most universities. For example, you can develop expertise in the emerging field of comparative Scriptures by studying Arabic in addition to Hebrew and Greek and taking such seminars as Encounters between the Abrahamic Religions, Practical Issues between Muslims and Christians, and Muslim God, Christian God.